In his memoir Since 50, Men & Memories 1922-1938 (New York,1940, p. 236) the first two names that appear on William Rothenstein list of top Royal College of Art students were Henry Moore and Charles Mahoney - the list continues with the names of luminaries such as Eric Ravilious, Edward Bawden, Barnett Freedman Edward Le Bas, and Evelyn Dunbar. The process of reassuring Mahoney's place in 20th century British Art has had several important milestones including the 1975 Ashmolean exhibition, the Liss Fine Art/Fine Art Society touring show (2000) and Mahoney's predominant feature in Tate Britain's The Art of the Garden, (2005) - but the process of reassessment still has a long way to go.

Painter, muralist, draughtsman and teacher. Born Cyril Mahoney in London - his fellow-student Barnett Freedman re-christened him Charlie at the Royal College of Art, which he attended 1922-6 after a period at Beckenham School of Art under Percy Jowett. Early on, Mahoney established a reputation as a conscientious teacher. He was at the Royal College 1928-53, from 1948-53 as a painting tutor, and was noted there for his concern for academic discipline. His portrait is included in Rodrigo Moynihan's celebrated Teaching Staff of the Painting School at the Royal College of Art, 1949-50. From 1954 to 1963 he taught at the Byam Shaw School of Drawing and Painting and from 1961 to 1968 at the Royal Academy Schools. He painted murals at Morley College 1928-30 with his colleagues Eric Ravillious and Edward Bawden. Unfortunately these murals were destroyed during World War II. The work led to further murals: at Brockley School, Kent, with Evelyn Dunbar; and at Campion Hall Lady Chapel, Oxford. His oil paintings are frequently of a religious nature. He was a skilled botanist, and many of his drawings depict his garden at Wrotham, Kent. He exhibited at NEAC and the RA, being made an RA elect in 1968. He is represented in the Tate Gallery and other public collections. The Ashmolean Museum, Oxford, held a memorial exhibition in 1975. Exhibitions were held in 2000 at the Harris Museum and Art Gallery, Preston, Royal Museum and Art Gallery, Canterbury, and the Fine Art Society plc in association with Liss Fine Art. 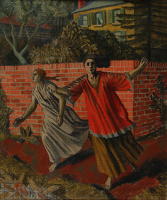 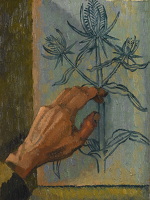 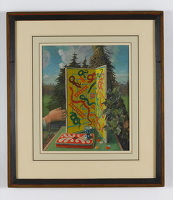 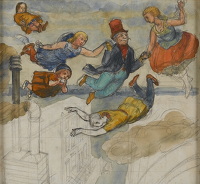 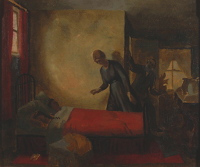