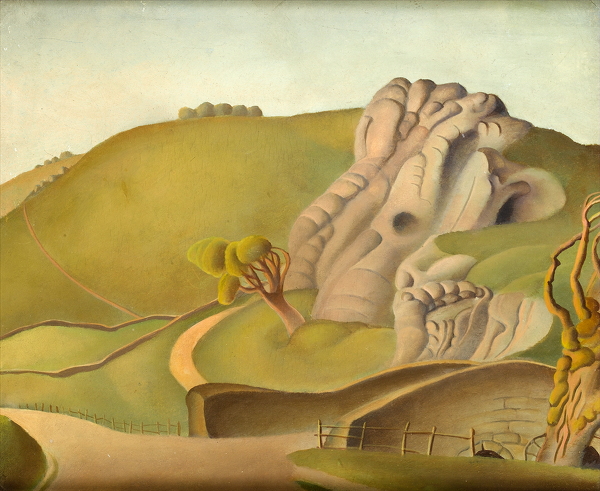 
Provenance: Michael Whitehall since the 1980s
Exhibited:Twentieth Century Gallery, London, 1991
Literature: John Basford, Harry Epworth Allen, Rowsley,
Derbyshire, 2007, p. 104, repr. p. 21‘Harry Epworth Allen produced a body of work which is much less well-known than it should be within the English landscape revival of the midcentury. Like his direct contemporaries, John Nash and Ivor Hitchens, he is an artist mostly identified with a particular area, that of the environs of Sheffield and the Peak District of Derbyshire’ (James Rawlin,‘20th-Century British and Irish Art’, Sotheby’s catalogue, 17 November 2004, p. 36).