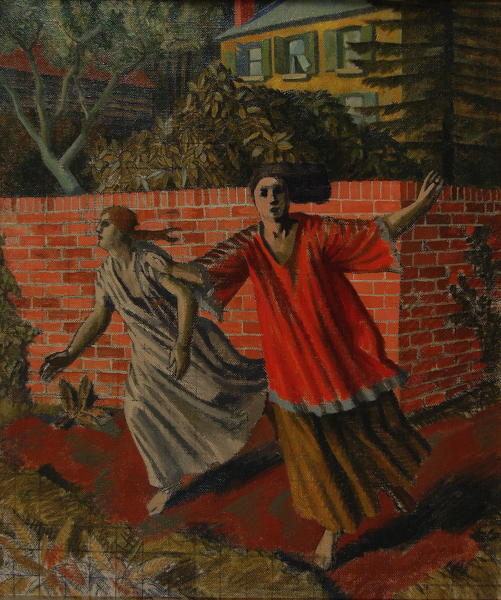 From his earliest days as an art  student Mahoney showed a vivid imagination in the form of illustrated letters (see Tate Archive, especially his correspondence with Bawden and Dunbar) and a keen interest in Mural and Theatre design (especially after meeting Geoffrey Rhoades in 1924).  His daughter Elizabeth ( born in 1944) recalls that her father loved to recount children's stories:  Beauty and the Beast,  Hansel and Gretel, Jack and the  Beanstalk, the Tale of the Very Fat Man, the Very Tall Thin Man, and the Very Short Man.' The fables of the Brothers Grimm were amongst his favourite stories.

Dreams, (sometimes nightmares) were a recurrent theme in Mahoney's oeuvre: Mahoney was very intrigued in the mid 30's by the advent of surrealism.

Five years his senior Mahoney might have been an influence on Carel Weight who would later make titled fleeing figures a trade-mark of his own oeuvre.